In the Bhagavad-Gita, yoga primarily refers to a spiritual practice in which one readies the soul to unite with God.  To serve, honor, revere, love, and adore God is bhakti. 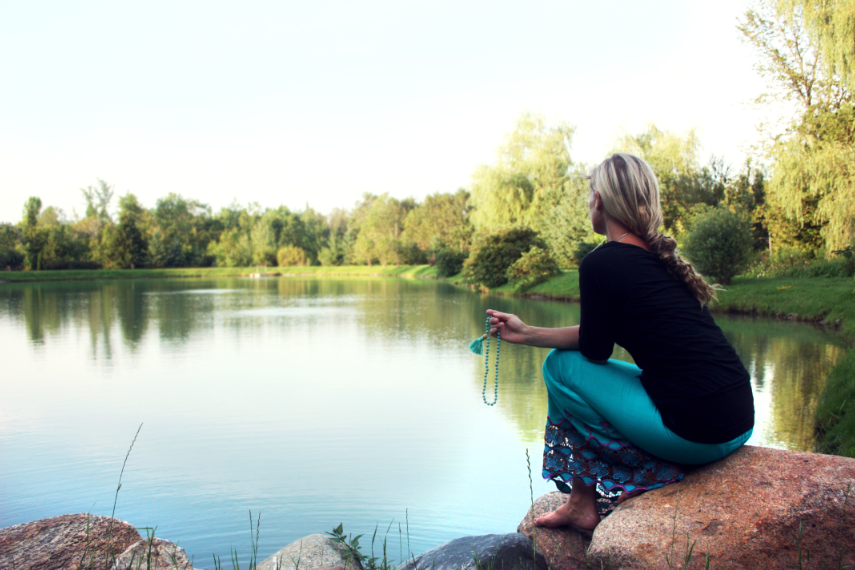 Chanting and Meditating on the Hare Krishna Maha-mantra:

is one of the primary practices of Krishna consciousness.

Chanting the Hare Krishna mantra is one of the most joyful and effective means of meditation for deepening our consciousness and relationship with God, Krishna.

Within the sacred tradition, the three words of Hare Kṛṣṇa Mahā-mantra (great mantra) are explained as follows:

The practice of Krishna bhakti is guided by sacred texts with powerful commentaries from an unbroken chain of realized Teachers. By studying and reflecting upon the unrivaled wisdom found in the Bhagavad-gītā, Śrīmad-bhāgavatam, and many other texts, we tap into an ocean of transcendental knowledge that propels us on our journey of self-discovery. With a heightened understanding of ourselves and our place in the world, we gain clarity of purpose, contentment in relationships, focus for setting personal and career goals, and the ability and determination to reach our full potential. And we apply all these gifts to our own spiritual progress and that of humanity.

Vegetarian food becomes spiritualized and karma-free when it is offered back to God, the Absolute Provider, with love and devotion. This simple yet sublime practice deeply nourishes both the body and soul by cultivating the qualities of gratitude, compassion, and non-violence in one’s character. When done for someone we love, the simple act of cooking becomes an act of devotion. Similarly, by cooking with devotion to God, and offering the food to the divine before we partake, we free ourselves from karma, advance spiritually, and sanctify our bodies. Moreover, by eating karma-free vegetarian food, we support the spiritual and material health of our families, our communities, and the entire planet.